Riley Edwards is celebrating the release of the forth and FINAL book in the 707 Freedom Series with a
GIVE-A-WAY!


>>scroll to the bottom to enter<<


What people are saying about The 707 Freedom Series:
“Riley Edwards knows how to keep her readers on the edge of their seats. This is one of the best books I have ever read about how men who serve our country give up much of their personal lives. Character development is awesome you know and care about these people.” – Amazon Reviewer VC***“First book I’ve read from this author and definitely won’t be the last. Story grabbed me from the first page and didn’t let go until the end. In fact, I was sorry to reach the end, it was captivating.” – Amazon Reviewer***“Another five star hit from Riley Edwards.” – Amazon Reviewer

He was my first love…
I wanted him to follow his dreams. I wanted him to escape the life he hated. I thought I was doing the right thing by not telling him how I truly felt. Until it was too late, and my silence turned into my biggest regret.

Twelve years ago, Shane Owings died, taking my heart with him. I was left devastated and broken hearted. Time didn’t heal, as the years went on I only missed him more.

She was my best friend… the only woman I ever loved.

When I ran off to join the Army, I left behind everything I had ever loved. I thought I was doing the right thing, but my good intentions quickly turned into my biggest regret.
Every year on the anniversary of Shane’s death I watched as Lillian Nelson visited Shane’s grave and spilled her secrets to a dead man. Each year I hoped she wouldn’t be back, that her heart would finally heal and she would move on. But year after year she was back. So many times I wanted to reach out and comfort the beautiful woman, but I knew she would never forgive me. It was my fault Shane was dead.
Until… A terrorist shows up looking for revenge.
I had to come out of the shadows and protect the one woman I had no business falling in love with.

The moment Jasper heard Emily Jenkins’ sultry voice he was transfixed.
An instant and heated reaction that wound its way through his soul and warmed his skin. The inexplicable connection was broken as fast as it began. Emily has a son. Jasper doesn’t “do” kids.
When her life spirals out of control, will Jasper be able to let go of his tragic past and save Emily and her son? Or has the Special Forces Soldier found his weakness – a history he cannot let go of?
Emily Jenkins lost her husband on the battlefield and was left to pick up the pieces of her broken heart while finding a way to raise her son alone.
Jasper Walker is known for being the playboy of his team. Professionally, he is a tier one assassin – a trained killer. Personally, he blows through women giving them no more than a week in his bed as he privately struggles to move on from the woman that is forever lost to him.
When their lives collide, Jasper finds out he’s not the only one with secrets. There is more to the black-haired beauty Emily than a widowed single mother. 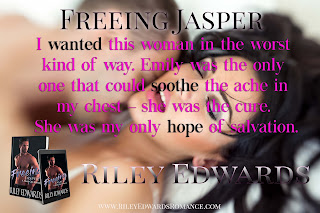 Blake Porter was one of the lucky ones.
She’d met the man she was going to marry while she was in high school. She thought she was living a fairytale; the nerdy wannabe journalist dating the gorgeous star quarterback. One wrong move proved to irrevocably alter the course of their lives.
Betrayed by the girl he loved, Levi McCoy left for the Army and never looked back. Blake’s deception pierced his soul and shattered his heart. He used the pain to his advantage and became cold and calculating – the perfect Black Ops soldier.
Over a decade later, the 707 has been called in to rescue a reporter embedded in a deadly terrorist cell, and Levi’s shocked to learn it’s the one woman who’d once owned his heart. But Blake is no longer the naive teenager she’d once pretended to be. She’s something far more dangerous.
With bombs exploding, blood being spilled, and the terrorists closing in, they both battle the memories of their beautiful beginnings and shared history. Levi and Blake face off in a showdown of wills. In one corner, Levi is determined not to fall for the woman he’s never stopped loving. In the other, Blake tries to hold on to her self-respect and not beg Levi to hear the truth.

When the lies and deception are revealed will they survive with their hearts and lives intact? 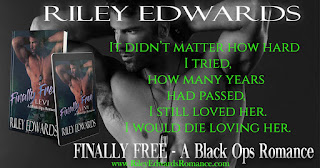 She’s the game changer he wishes he’d never met.
Nolan Clark is the last man standing. While he is happy his teammates have found love, he’s even happier to be single. But fate is a funny thing. When a one-night stand turns into a friends with benefits agreement, he starts to question why he’s holding the beautiful Reagan at arm’s length.
He knows she’s dangerous and should end their arrangement but the sex is too good and she is too… much.
He’s the regret of a lifetime!

Nolan Clark should’ve been off-limits. He’s my closest friend’s teammate and a man that I’m not prepared for. I lied and told him I understood he’d never offer me a white picket fence and jumped straight into bed when he offered me the only thing he could sex.
With every smile, every touch, and every sizzling kiss I fall deeper in love. When the day comes for me to move five-hundred miles away to start a new job, he doesn’t stop me. Days pass, then weeks, and Nolan Clark does exactly what he said he was going to do – loses my number.
With Reagan gone to start her new life in Florida, Clark is left in Georgia at war with his heart. The timing couldn’t be worse. The past he thought he’d let go of, the ex-wife he’d thought he forgave crashes into his life brings with her an eleven-year-old boy he never knew existed.

When Reagan stumbles onto some information she shouldn’t, and her life is threatened, will Clark, and the 707 get there in time to save her? Or will she die alone and broken-hearted in the middle of the Gulf of Mexico? 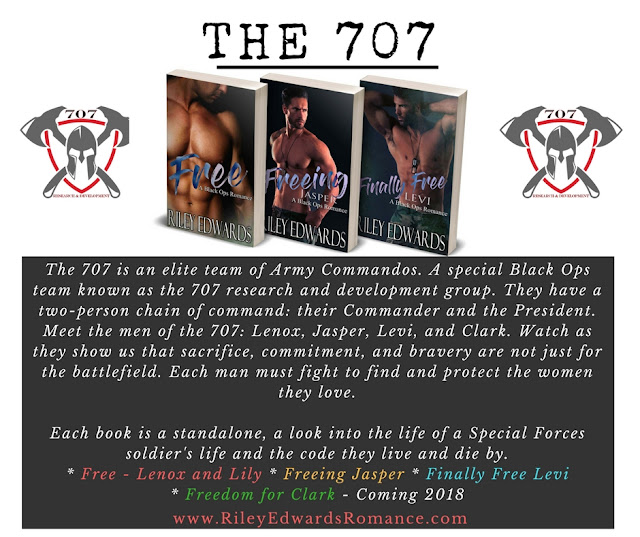 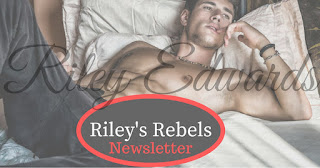 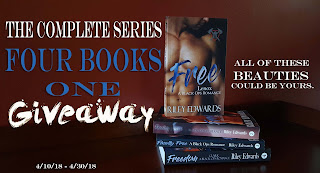