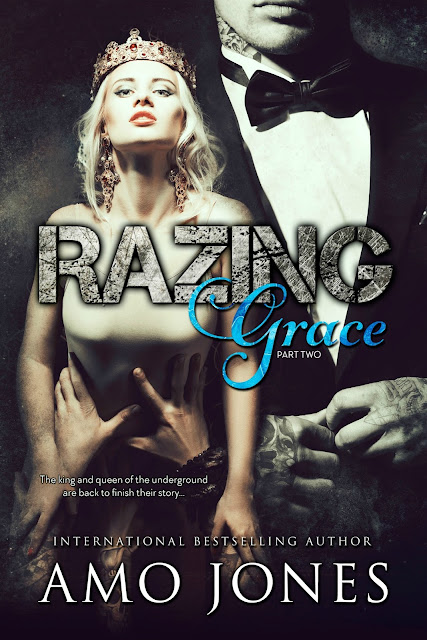 Title: Razing Grace: Part 2
Author: Amo Jones
Genre: Romance
Release Date: January 17, 2017
Blurb
Can something that burns so rapidly calm the whispering chaos of your cries? Or is this all just an illusion. The perfect hypnosis. Like the humming of a sweet melody to your frantic brain.
Drip.
Blood trickled over the curve of Millie’s collarbone.
Drip.
Slithering over her shoulder.
Drip.
Sliding off and into the mass puddle of death surrounding her.

The last petal has fallen, a queen is born, and the disarray of her world is about to shatter under her very throne.

Raze
“She knows too much…”
ADD TO GOODREADS 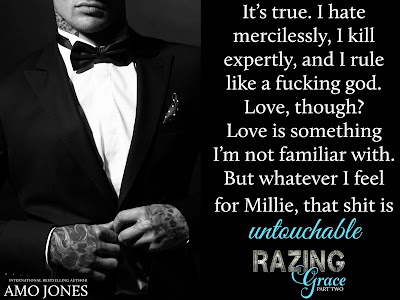 It is really difficult to write this review without spoiling the story. Razing Grace pt.2 continues from where pt.1 ended. And what a ending it was, like hit in the head with baseball bat. And Amo Jones doesn’t have any mercy on the reader this time either.

Razing Grace pt.2 is like a derailed freight train on its way to irrevocable destruction. But the story is so amazing that you actually enjoy the ride and want more. The way Amo Jones writes is very addictive, you get pulled into the world she’s created and there’s no escape.

Millie is totally on the next level of crazy. She is the Queen and definitely the bitch to be reckoned with. When she’s holding a Desert Eagle, things get done her way, no questions asked.

And Raze… he’s ready take over the world with his queen by his side. Now that Kurr is gone, he’s the King and his kingdom’s a mess. Raze has his horsemen, standing in a row right behind him (I’ve got my eyes on Joker – something really intriguing about him), ready to march into a war by his side. In this book totally new side of Raze is shown, only in brief glances, but if you don’t already love him, after this book you will. Make no mistake, his insanity is beyond crazy, but there’s more to him.

This book has quite a few WTF!?! -moments, that take you by surprise. Really didn’t see those things coming. And in midst of all the flooding blood, extreme insanity and violence, there is hotter than hell passion, unconditional love, softly spoken words of affection and tears of sorrow. A grief so deep that it had me choking in tears while I read it. God, that scene shattered me.
“Because every breath I take now, won’t just be my own.”

After finishing this book I felt like I’d been run over by a 18-wheeler. Amo has again succeeded in writing an amazing book that just leaves you speechless. Crushed. Wounded. In love. And yearning for more. 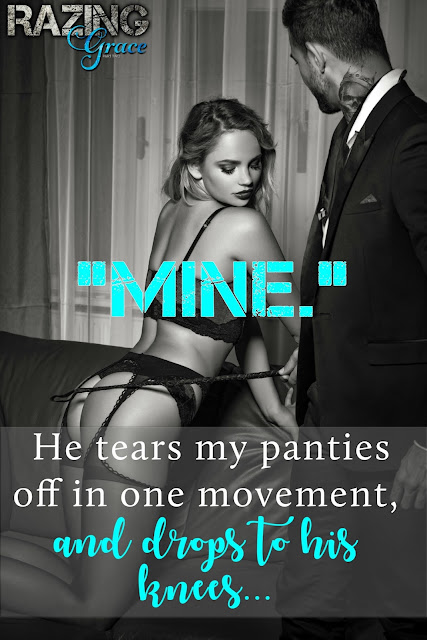 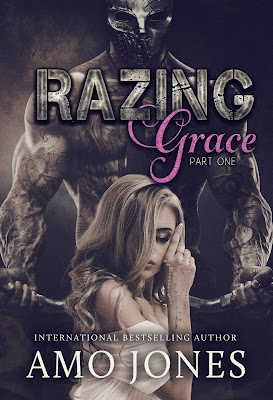 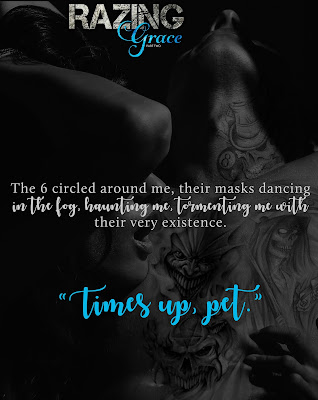 Author Bio
Amo’s debut series was the Sinful Souls MC series, and if you asked her which of her books you should start with, she would say The Devil’s Own Series (even though you can read any of her books as standalone’s).She’s a full-time writer from New Zealand who loves long romantic walks to the wine cellar.When she’s not creating magic, you can usually find her relaxing in front of the television watching the latest episode of Supernatural or Vikings. (This will be updated as she finds new television shows with hot actors.)

She loves to write like how she lives, hanging on the edge of insanity with a wine glass in one hand and her morals-or lack thereof- in the other.

Those are not my monkeys, I swear….
Oh those hellhounds? Yeah, those are mine.
Author Links
WEBSITE