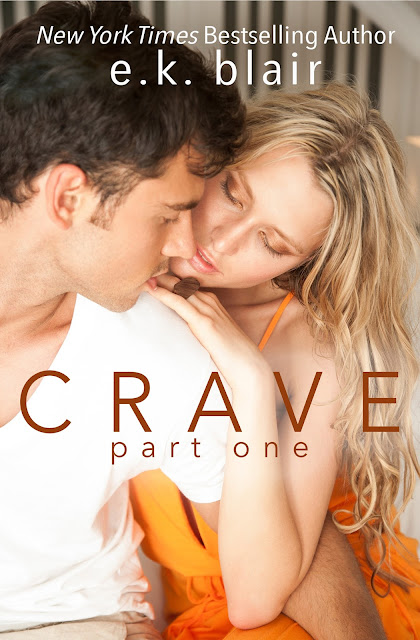 Title: Crave: Part One
Series: Crave Duet #1
Author: E.K. Blair
Genre: New Adult Contemporary Romance
Release Date: August 14, 2017
Blurb
Kason and Adaline.
From the moment
they met, they started to fall. Neither of them predicted just how far the drop would be, though.
Loving Adaline wasall Kason had ever wanted to do. But layer by layer, he started to unravel, forcing Adaline to face an addiction she never could’ve imagined.
This is what happens when one person loves beyond the craving and the other craves beyond the loving.

Being lured by the blurb, I expected epic love story with few painful, heartbraking twists.

Kason and Adaline start as an epic love story, they are drawn to each other and they falling in love is inevitable. But then everything, in my opinion, too much happens. Just one of those painful tragedies that these teenagers face, would have been enough. And the crave is so much more than Kason’s and Adaline’s craving for each other, it’s a physical crave threatening to tear everything apart.

What I did like were the characters, how E.K. Blair depicts them iand their personalities. Kason and Adaline are just beautiful. I also liked how Adaline as the new kid bonds with the cool guys in the school and how she developes a friendship with them.

E.K. Blair writes well, story flow is good and the characters become alive while reading. There were a lot of things that I enjoyed.

I would have liked this book more, had it not been situated in teenage world. I’m just too old for high school drama. And the story just lost a bit of its credibility for all the tragedies and harmful events happening en masse in two people’s lives. 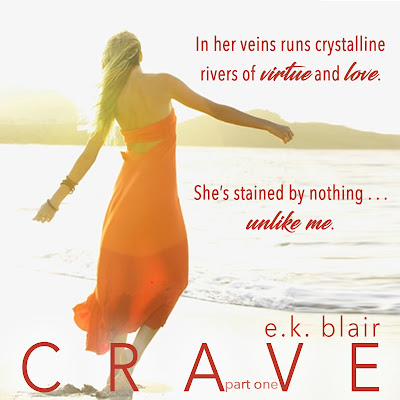 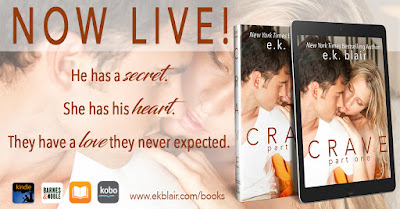 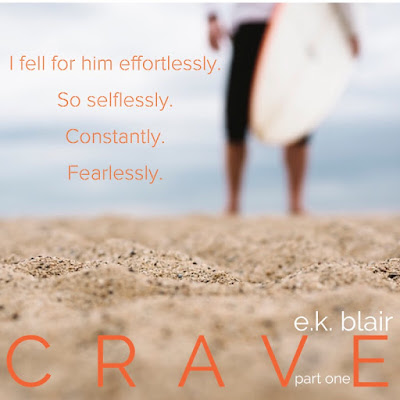 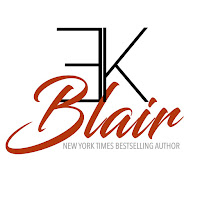 E.K. Blair,
takes her readers on an emotional roller coaster with her dynamic and intense writing style. Noted for her ability to create fleshed-out characters that will evoke a realm of reactions, you can be assured that her stories will linger with you far beyond the last word.
A former first grade teacher with an imagination that runs wild. Daydreaming and zoning out is
how she was often found in high school. Blair tends to drift towards everything dark and moody. Give her a character and she will take pleasure in breaking them down, digging into their core to find what lies underneath.
Aside from writing, E.K. Blair finds pleasure in music, drinking her Starbucks in peace, and
spending time with her friends. She’s a thinker, an artist, a wife, a mom, and everything in between.
Author Links
WEBSITE
FACEBOOK
TWITTER
INSTAGRAM
BOOKBUB 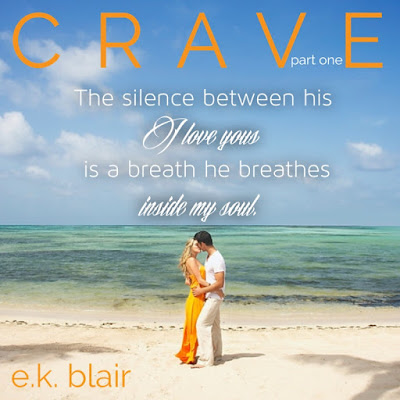