The third episode in Exotic Ink series has a lot going on. It tells the story of Evana and Jason and introduces the main characters of Mythical Ink. Mythical Ink is Exotic Ink’s paranormal spin-off, the first book is scheduled for release in 2018.

I liked this book a lot and not least for the reason that all the characters are adults, with past and experiences. I think that LS Anders has found her style because all the three books in the series so far are consistent in style, language and all the things that matter and still it doesn’t mean that she’d rewrite one storyline, again and again, No, each book is unique in that sense. Very pleasant to read.

The dish that I made, BBQ-Whisky pulled chicken was inspired by Evana’s liking of hot wings. By adjusting the amount of chili in this recipe, you can make the sauce as fierce as you want. 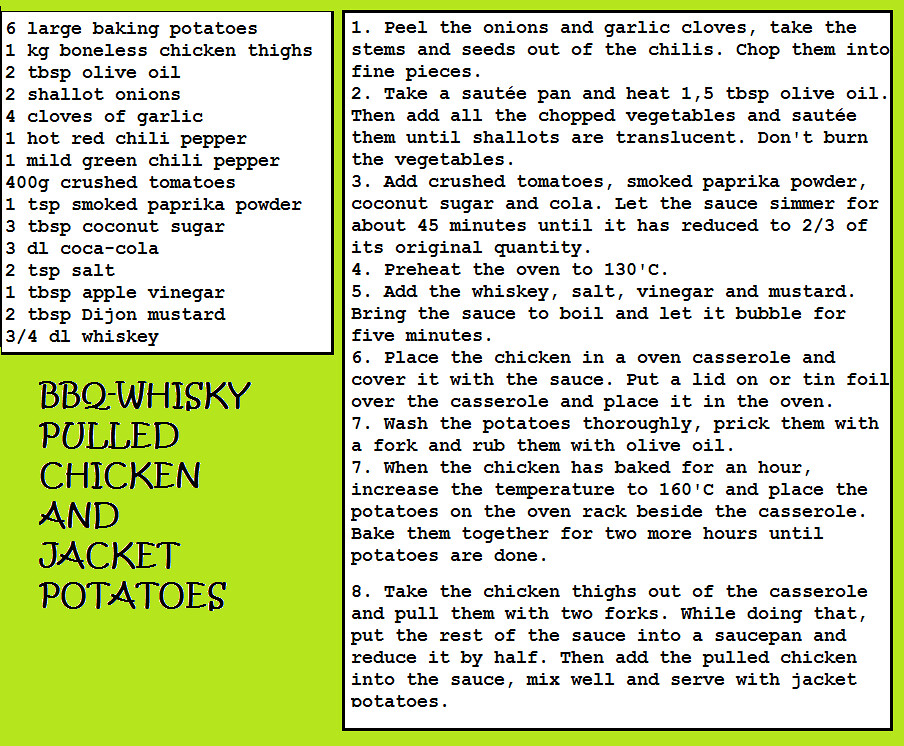 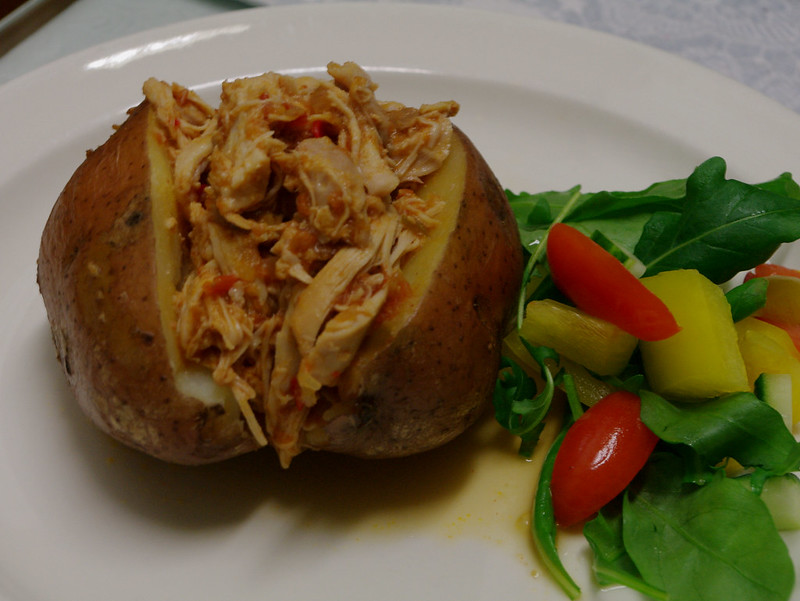 I liked Jason’s and Evana’s story a lot. It’s their second chance at happiness that both of them thought to have lost forever. Jason, because it took him 20 years to find Evana and Evana because five years ago she lost her husband, Kyle.

They share a history, one date that has carved into their memories and 20 years later, the fire is still burning, and more time they spend together at Exotic Ink, the hotter it burns. But they have their issues. Every move Evana makes towards Jason, she feels like betraying Kyle. And she doesn’t trust Jason, the flirty ladies man that he is. And top of all that, she has a secret past that is slowly creeping up on her.

After years of hiding in plain sight, she had developed a habit of becoming very aware of her environment and who and what was around her. (14% Kindle edition)

Jason works hard to earn Evana’s trust, but she keeps pushing him away, and Jason isn’t sure how many of these rejections he can take.

Even after all this time of waiting for her, he never wanted to admit to himself that she didn’t want him in return, but a piece of his soul died as he realized it would always be like this with her. If he didn’t cut his own heartstrings now, he was setting himself up for a lifetime of hurt. (55% Kindle edition)

LS Anders has written a story with a good flow, every word is there for a reason and I like how the characters we have got to know in the previous installments, are still very much present. That is important for me in reading series, that life goes on for all the characters, and as readers, we get to see glimpses of that too, not only the main couple. It was a lot of everything, from steamy hot scenes into fear-filled ones. And then there’s the introduction of the guys working at newly opened Mythical Ink. If you thought that the hunks in Exotic Ink are hot, wait until you meet this bunch! I’m excited waiting for the first book in the coming spin-off series.