I received the ARC for Tegan well before it’s release date and I read it. I had quite mixed feelings of the book after finishing it and I wasn’t sure how I really felt about the story. Now, two months after its release, I’ve read it again. And I liked it a lot and baked a cake.

Tegan and Rayna were inspiration for this cake, I’d like to think that it resembles them. The sweet and refreshing coconut, the strong coffee, dark and almost bitter chocolate. All the different flavours that melt into heaven in your mouth. 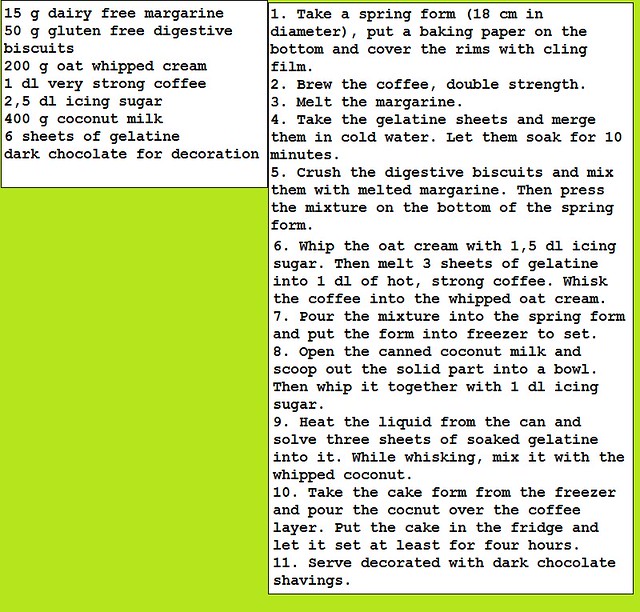 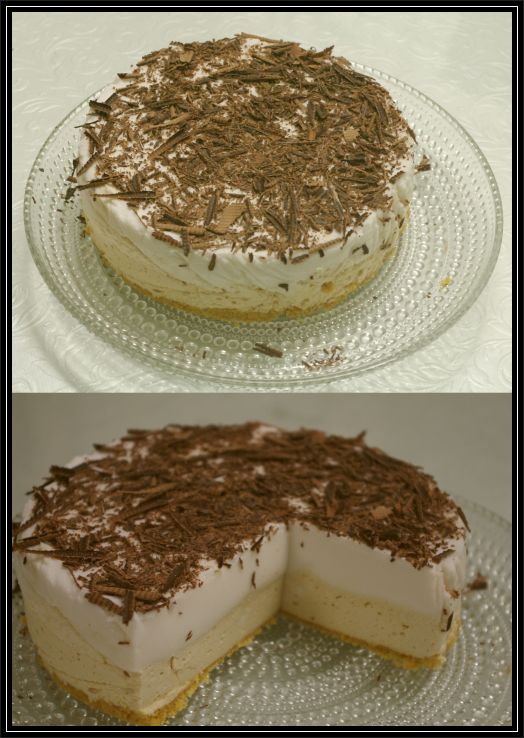 Tegan is the second book in the Exotic Ink – series and continues the story of the extended family of the tattoo parlor.

Rayna has recently widowed. Her husband died while cheating her with her friend. So while mourning, she’s also angry and feeling betrayed in a worst possible way. There’s no way she’s going to trust another man anytime soon. Tegan is still married, though his wife hasn’t been a part of his life in a long time. He wants a divorce, but it isn’t easy. Giving up everything to gain something he had thought never to feel again? There’s undeniable physical attraction between Tegan and Rayna. Is it just that or is there a possibility that together they could be something more? I liked Tegan’s and Rayna’s characters, and I certainly loved them as a couple. I prefer them over Vehn and Callie, the HEA couple in the first Exotic Ink -book.

I love when LS Anders’ real talent shows in her writing. I loved the passage, where Rayna had broken down, and Tegan patiently listened and comforted her (5% Kindle edition, location 207). I wish that the story would have had more moments like that in detail, not just short passages.

Or when she described Tegan’s inner thoughts
“Taking a tentative step into the light, the boy wanted desperately to belong. ..” (12% Kindle edition location 535).
The whole passage was something that spoke to me. LS Anders can write heartfelt emotions.

What was a bit boring was how everything was laced with sexual innuendos. I mean, I love sizzling hot scenes, and those LS Anders writes well but I wish for more romance.

One character has me very confused. I know now that she has a role in the future spin-off -series but Avie doesn’t sit well in what is supposed to be a contemporary romance. I think that is what bothers me most. It isn’t the writing because LS Anders does a beautiful job. It is the contradiction of genres; I don’t know whether it’s supposed to be contemporary romance, erotica or urban fantasy.

Other than those two issues, I enjoyed Tegan’s story and will read Jason’s too in Exotic Ink part 3.